This trip to Banff National Park was entirely Vicki’s idea.  She wanted to visit what is arguably the most beautiful place in Canada, and that was fine by me.  The main drawback was that it was 2000 miles away, not to mention being in another country.  So she started her research a full six months before the hike.  And she found out plenty:  The park didn’t make backpacking easy, as they insisted that you stay only in certain campsites, and each night’s spot had to be reserved beforehand.  Meanwhile, I had to upgrade my mapping software to the latest version to view and download the Canadian topo maps, and also had to upgrade the firmware on my GPS to use the new software.  We created a map online and had it printed on waterproof paper.  Vicki called the ranger station in Banff, received some great advice, and made reservations for ten days of hiking.

And her plan was ambitious.  Due to the spacing between allowed campsites (typically ten kilometers, or six miles), there were many days when she intended to hike twelve miles!  This was WAY beyond her normal amount.  I was impressed.  I didn’t say what I thought, however.  I knew that if it had been MY plan (to hike this many miles per day, day after day), she would have shot it down in a heartbeat.  Instead, I simply smiled.  More hiking!  Sounds great!  I just hoped that I wouldn’t be carrying both her and her pack by the end of each day. 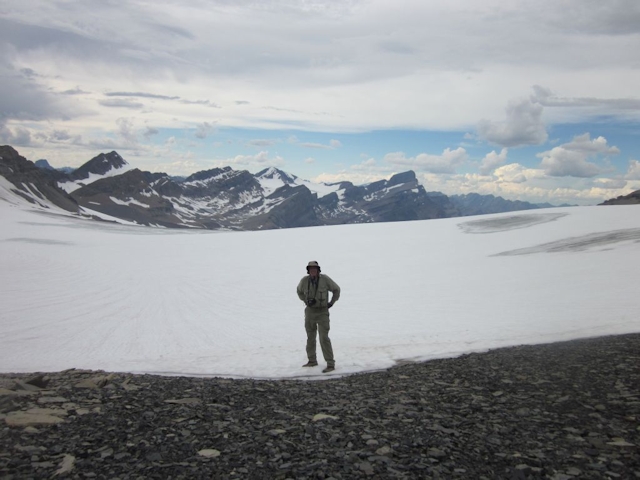 Click on the photo to read the complete Trip Report