This trip to San Jacinto was different from all of the others. Normally, we backpack in the park and camp for one or more nights. But this time we only came for the day. Why? To meet a bunch of people face to face that we’d only “seen” on an internet forum. And have a potluck dinner, of course.

As long as we were being touristy, Vicki and I decided to get in a simple dayhike and see some sections of trail that we’d never bothered to hike before. We took the Round Valley Loop Trail, and added some side excursions to both Hidden Lake Divide and the Round Valley Spring. We saw an ugly orange fence blocking us from visiting Hidden Lake (which is now part of a natural preserve and can no longer be seen by the public), but the view south to Tahquitz Peak from just beyond the divide more than made up for it. On the High Trail there was a rocky area which provided a truly excellent view of all of the nearby high peaks. At Round Valley we saw the spring flowing well (even in the fall of a dry year), as well as some new construction projects and trail work done by the CCC this past summer. 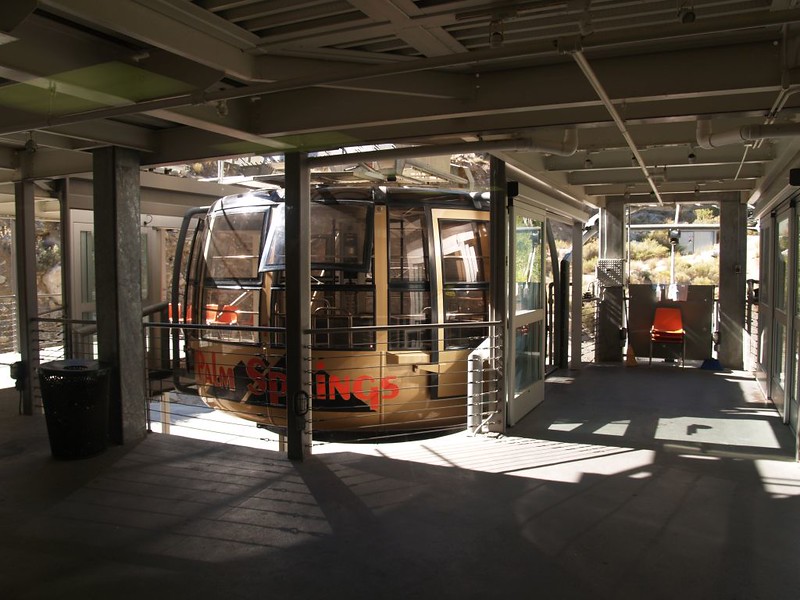 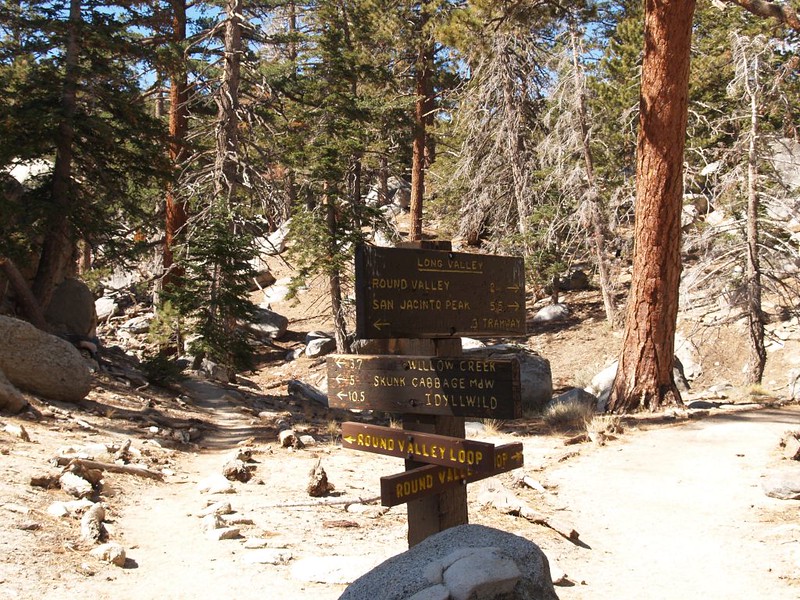 Long Valley Trail Junction for the Round Valley Loop Hike 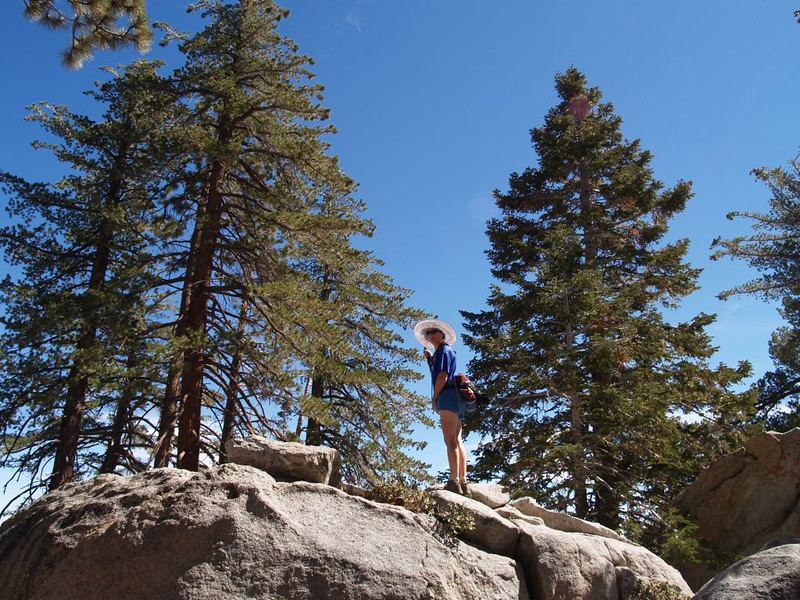 Vicki taking in the view on the Hidden Divide Trail 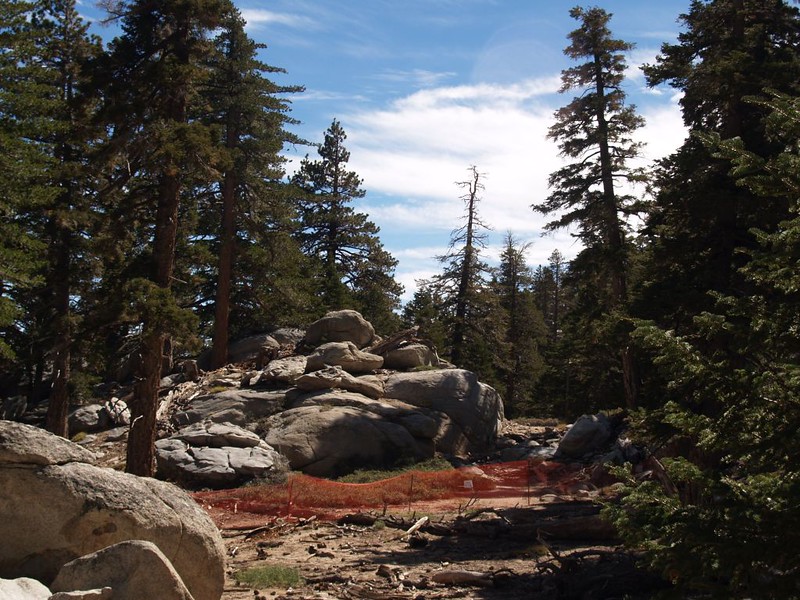 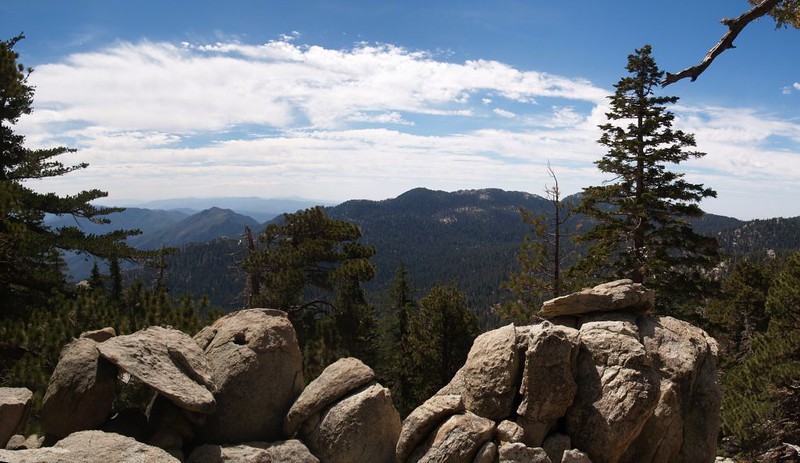 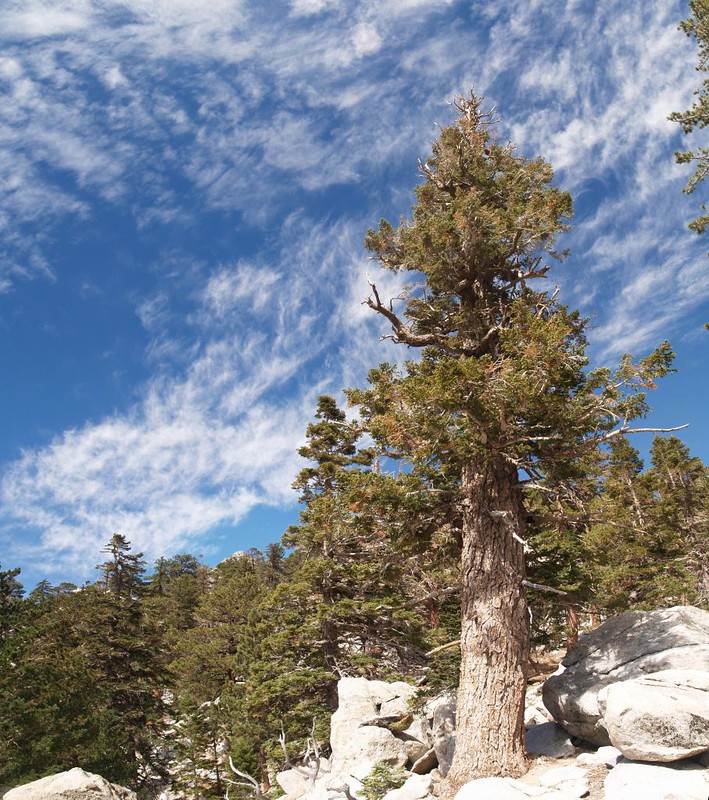 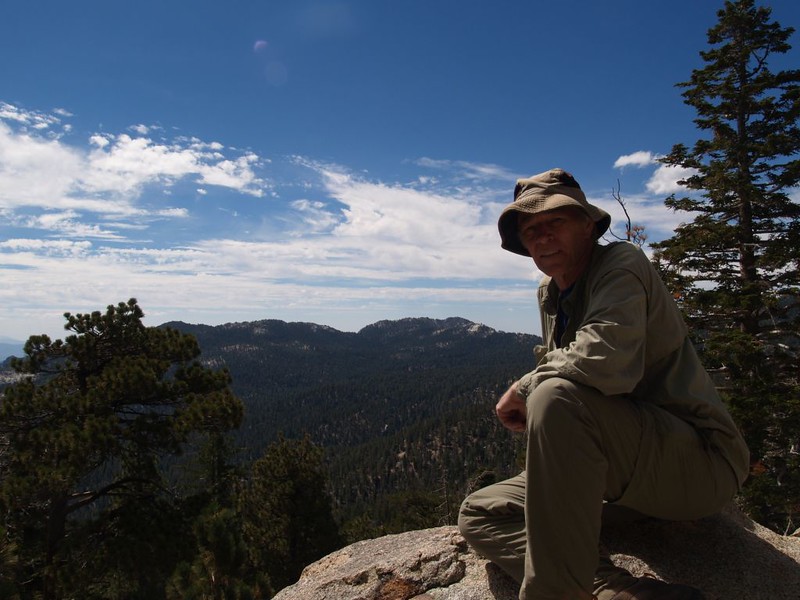 Me at Hidden Lake Divide with Tahquitz Peak in the distance 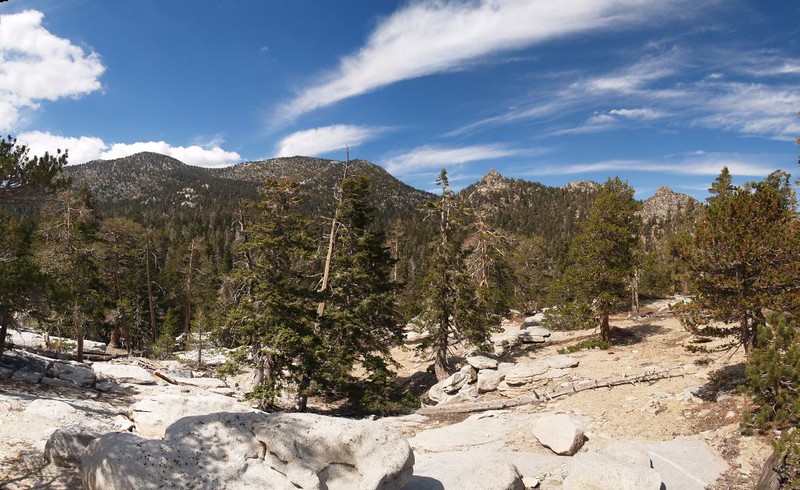 View of many peaks from the High Trail (Short-Cut Trail) 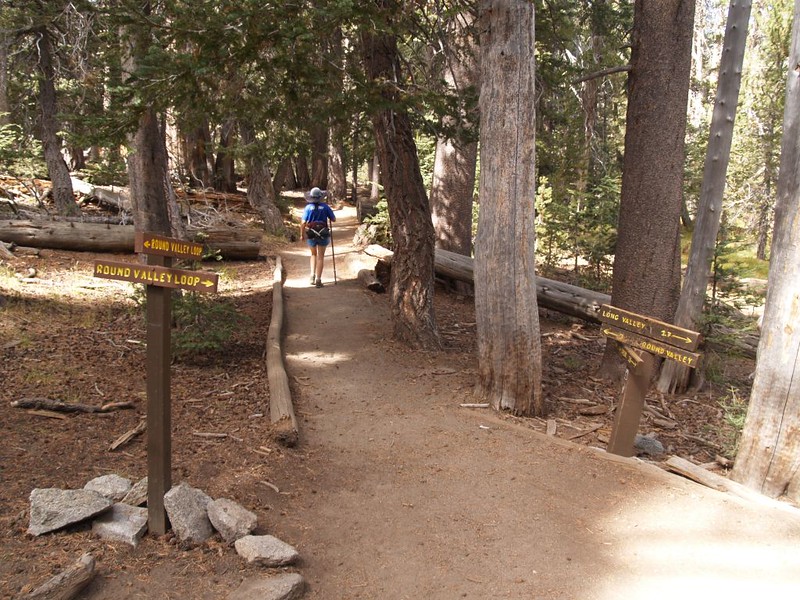 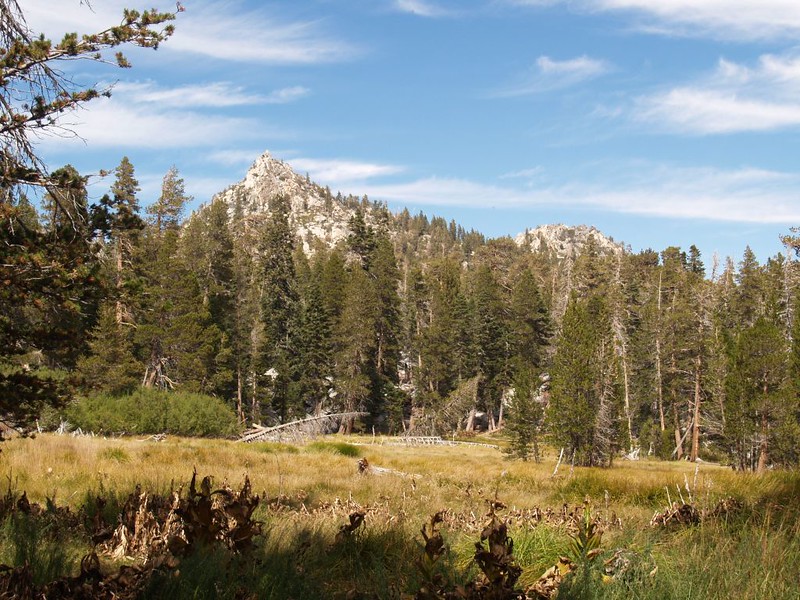 Round Valley Meadow in its Autumn Colors. Cornell Peak in the background. 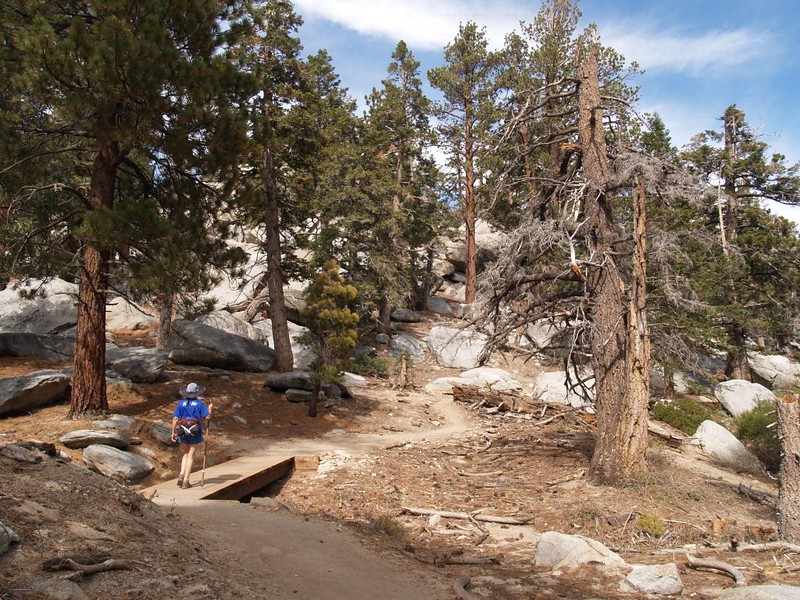 A new tiny bridge on the Round Valley Trail as we head back to Long Valley.

We got back to the potluck fashionably late at 2:15pm, but we weren’t sure if we were in the right place as we’d never met any of these people before. And the ones at the picnic table weren’t in enough photos from forum trip reports for me to recognize them. So finally we asked “Are you ‘Hikin’ Fools?'” And they replied “Yes.” Hmmm… It still seemed ambiguous, for after all, there were Hiking Fools all over this mountain! Let’s re-phrase that question, I thought. “Are you THE Hikin’ Fools?” “Yep!” And they really were! They were already starting to eat, so Vicki and I introduced ourselves. Faces were put to names. We then got out the backpacking stove and Vicki whipped up some healthy soup while I made some onion dip for the bag of potato chips. We carried over another table as more people arrived. People were talking. Food was consumed. Everyone was having a good time. But, like all parties, the good times had to end. Folk drifted off as the afternoon waned and the temperature dropped. 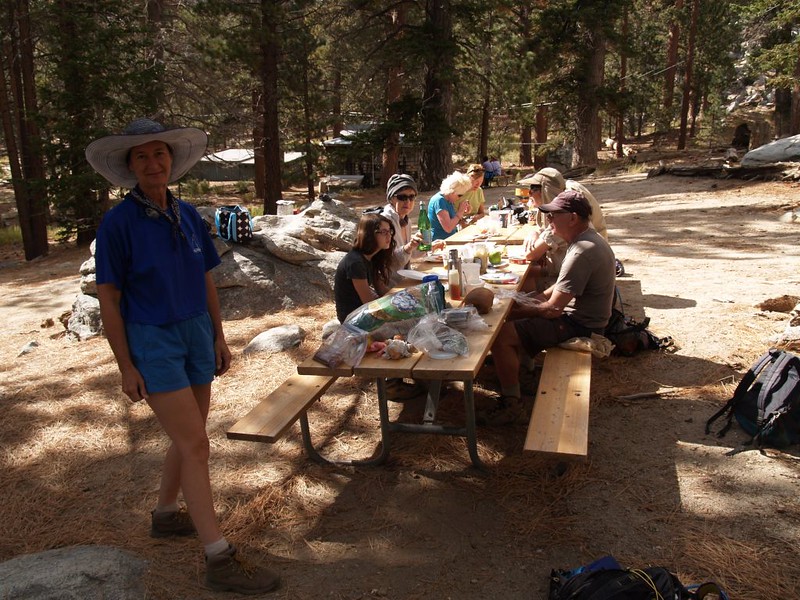 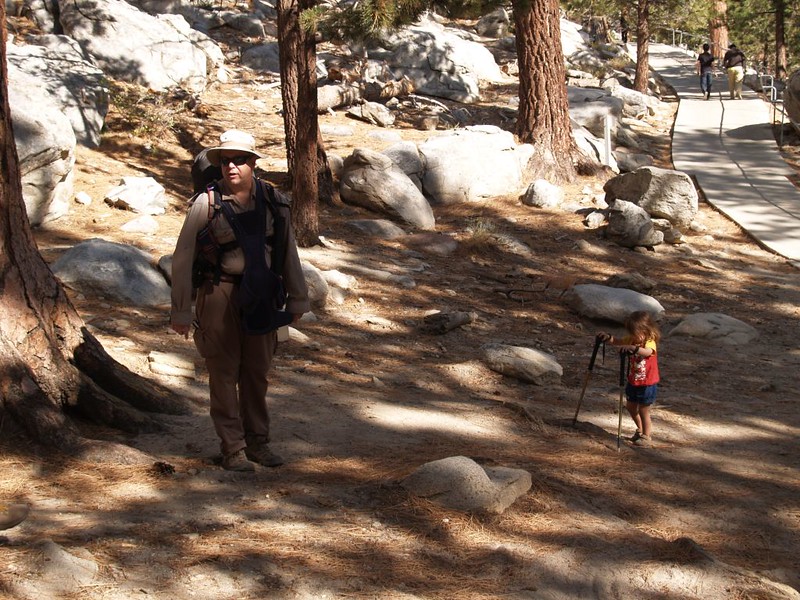 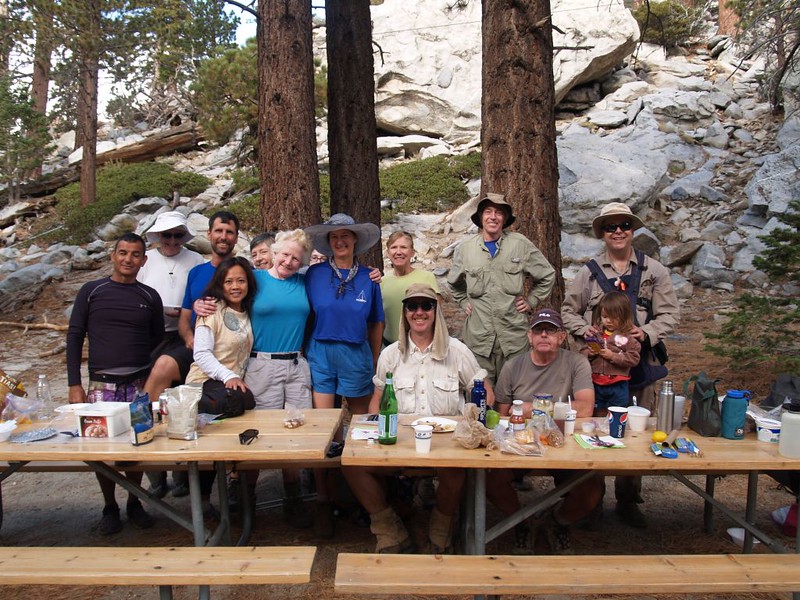 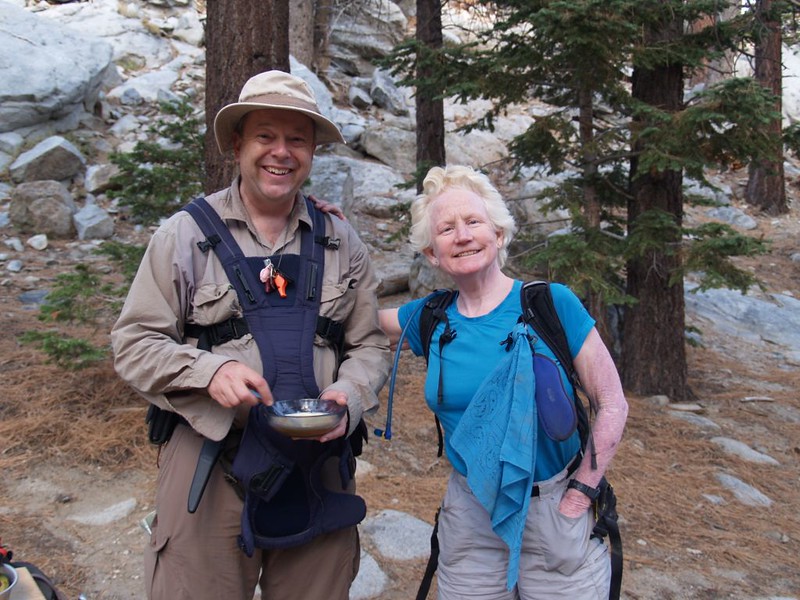 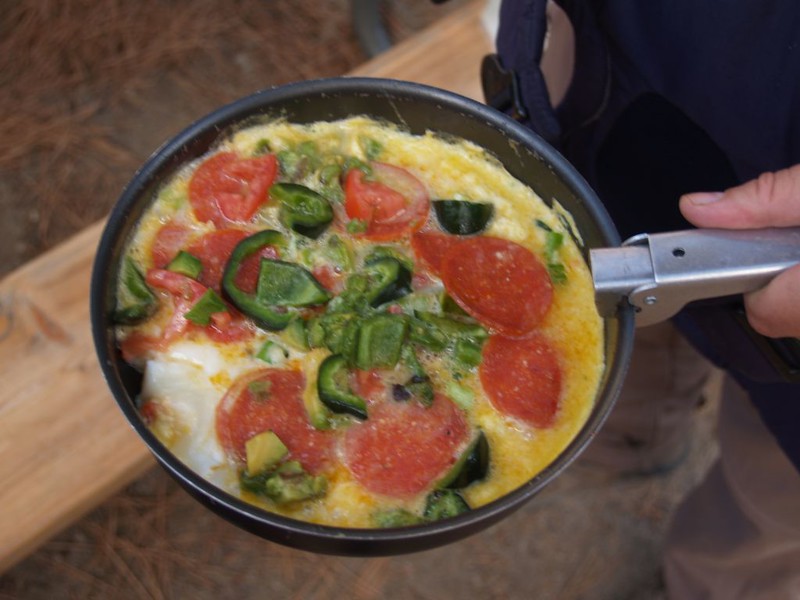 Hikin’ Fools Potluck – feast your eyes on that omelette! 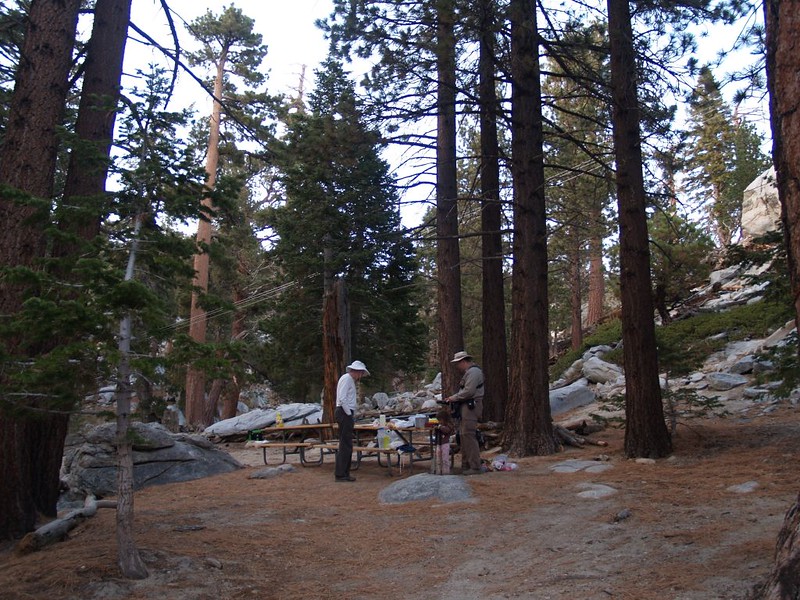 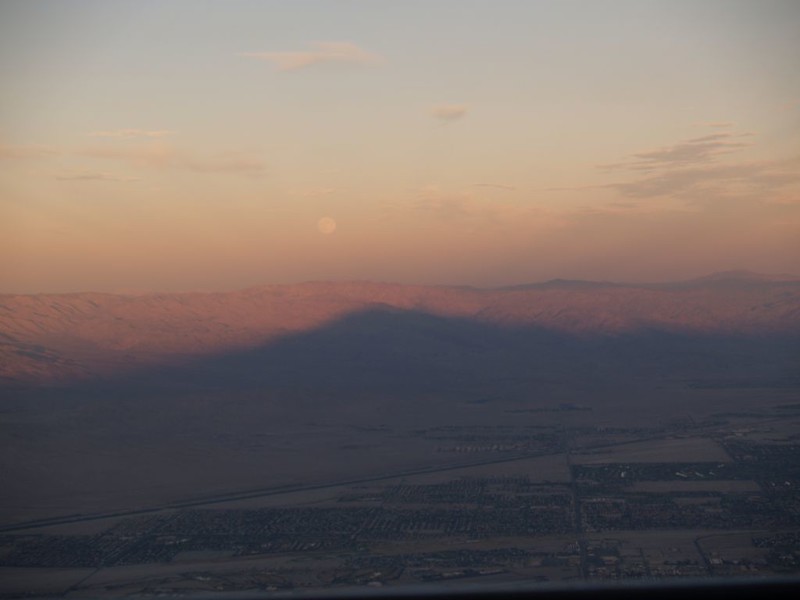 Vicki and I packed up our gear and headed down on the tram just as the sun was setting and the full moon was rising. A beautiful end to an excellent day in the mountains. We got to breath the clean pine air, take in some fine views, and meet some really nice people. Maybe this trip to San Jacinto wasn’t so different from all of the others, after all!

The rest of my photos can be found on my Flickr Page.

See our hiking GPS track on my CalTopo Page.