We decided to spend a night up in the San Jacinto Wilderness to end our summer season of backpacking. It was already beginning to get cold, but it wasn’t much colder than the Sierra in August, so it was actually quite nice. This time, however, we had extra plans: We met up with Hikin’ Jim and his lovely daughter Joyce at the Palm Springs Tram station, and had further plans to spend the afternoon meeting up (and having a potluck) with some of the regulars from the mtsanjacinto.info internet forum. 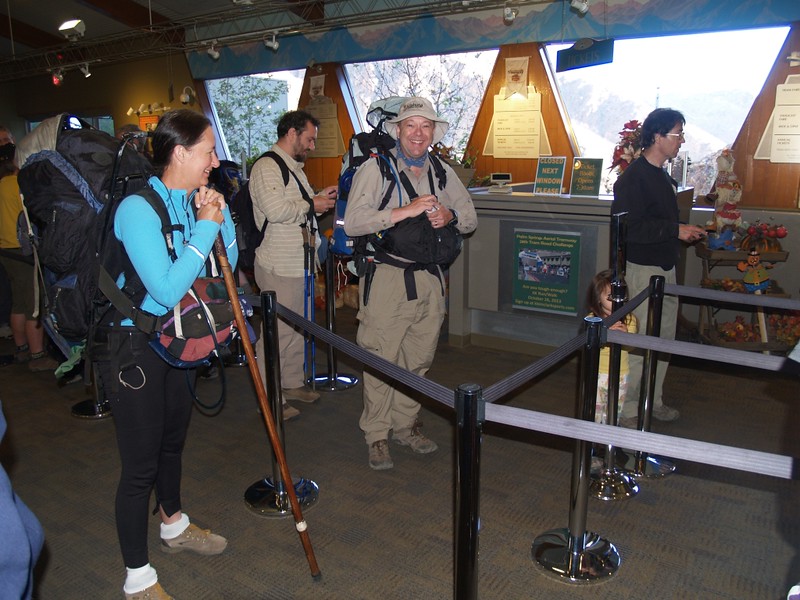 We met Hikin’ Jim and Joyce at the Palm Springs Tram

Jim and Joyce hiked with us up to our campsite in Tamarack Valley. We stayed in the Diorite campsite, the furthest one up the hill. Vicki and I set up the tent and threw our gear inside. We saw a number of deer. Then we dayhiked back to Long Valley and the potluck. Joyce was a real trooper and hiked the entire way under her own power! Quite impressive for a four year old. 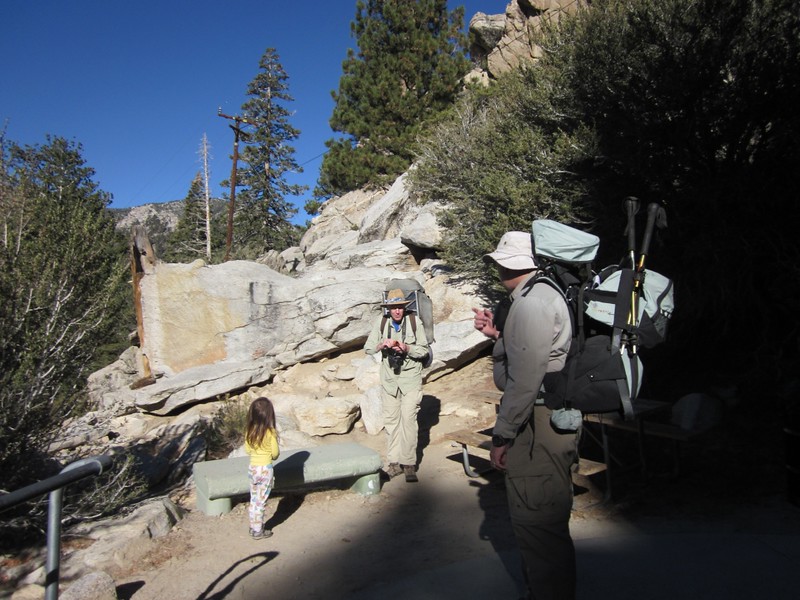 Joyce, Me, and Hikin’ Jim at the Upper Palm Springs Tram Station, ready to hike 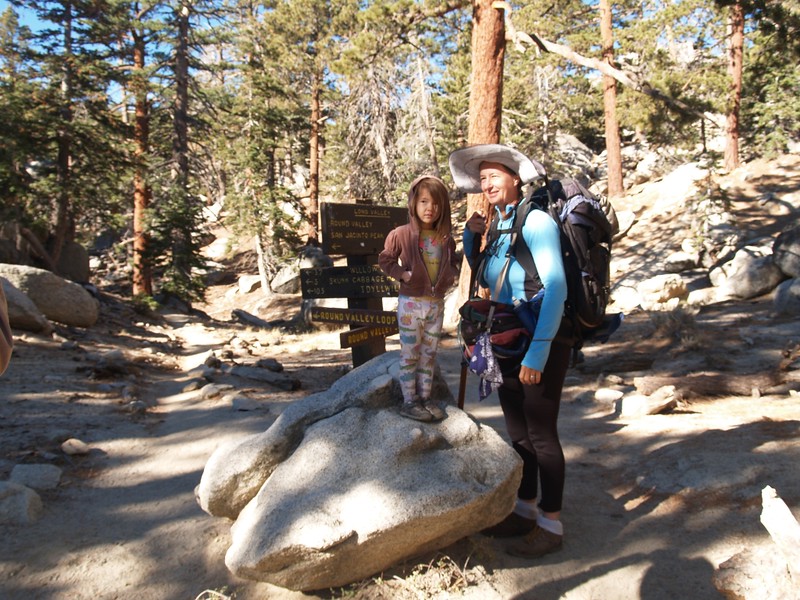 Joyce and Vicki at the Round Valley Loop Trail junction 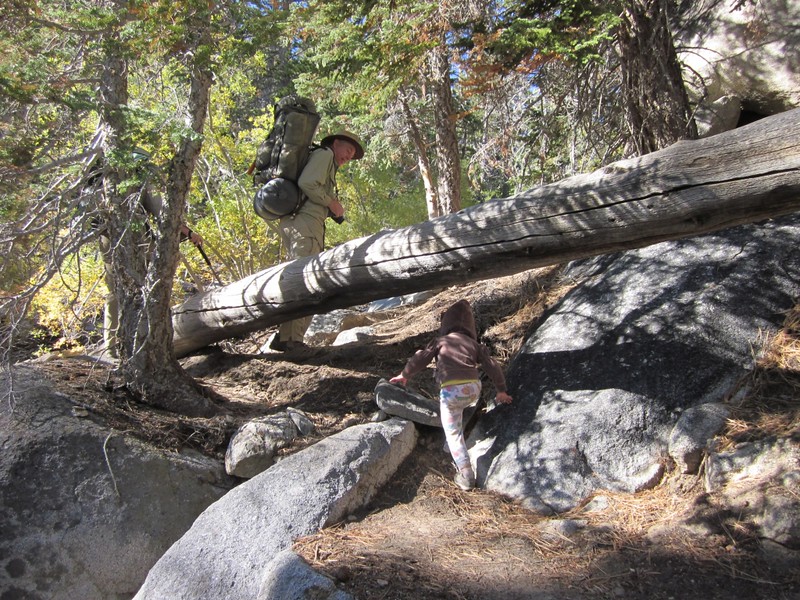 Me and Joyce hiking up the Sid Davis Drainage toward Tamarack Valley – she hikes UNDER the fallen tree! 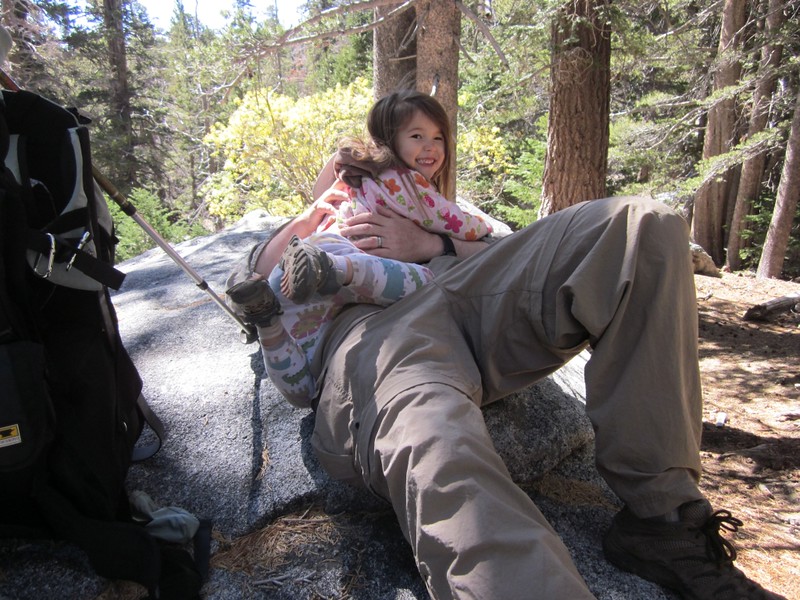 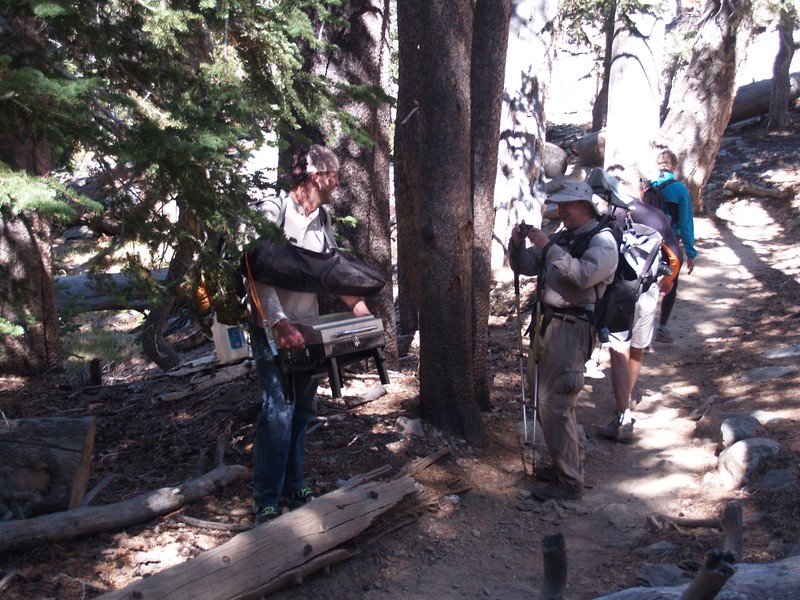 The potluck was fun, but the weather was cool and breezy. Still, we met some old friends from last year and also put some new faces on the names that we read on the forum. Vicki and I stayed until almost the end, but we still had to hike all the way back to our tent. It was sunset when we arrived at the spring in Round Valley, and we filled all of our water containers for the long hike the next morning. By the time we reached camp we were using our headlamps. We were exhausted, and fell asleep as soon as our air mattresses were blown full and our sweaty clothes hung up to dry. 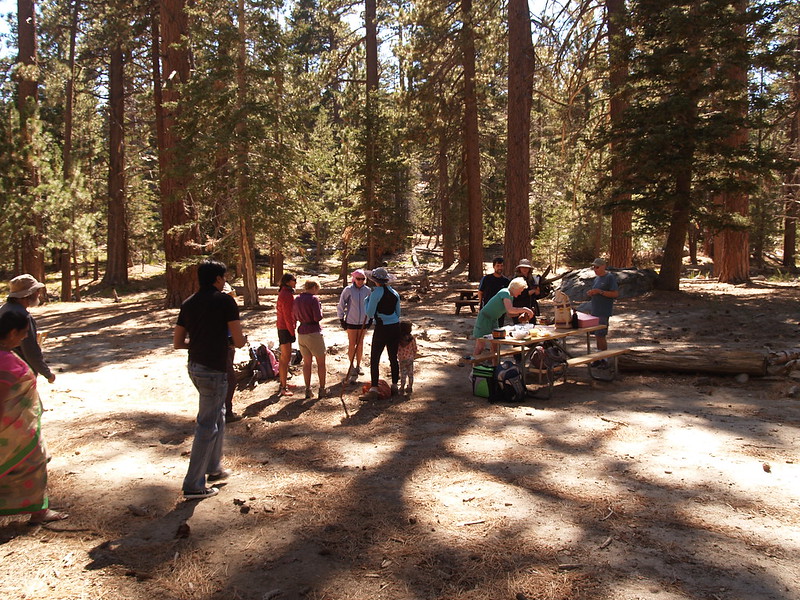 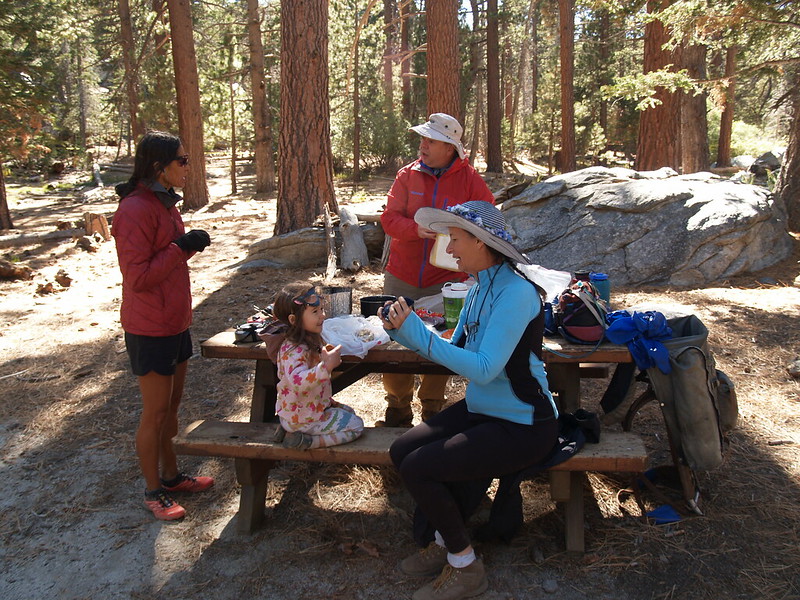 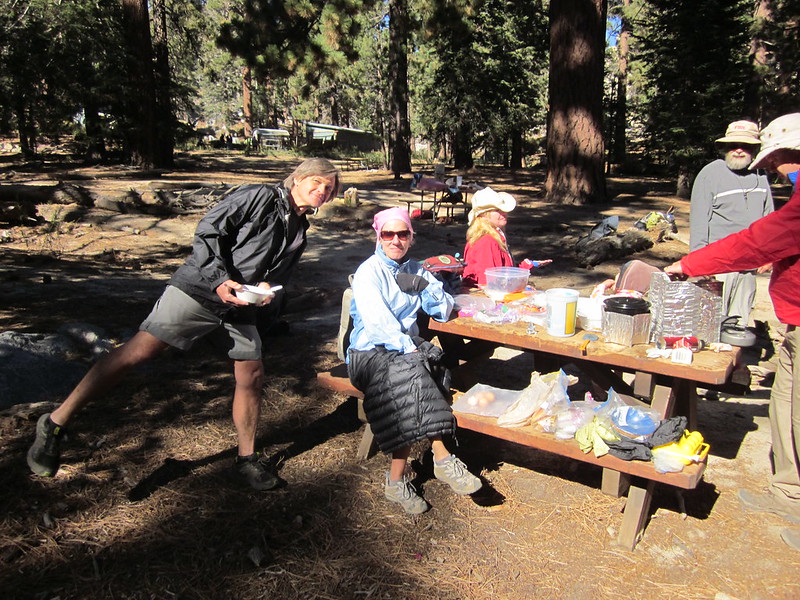 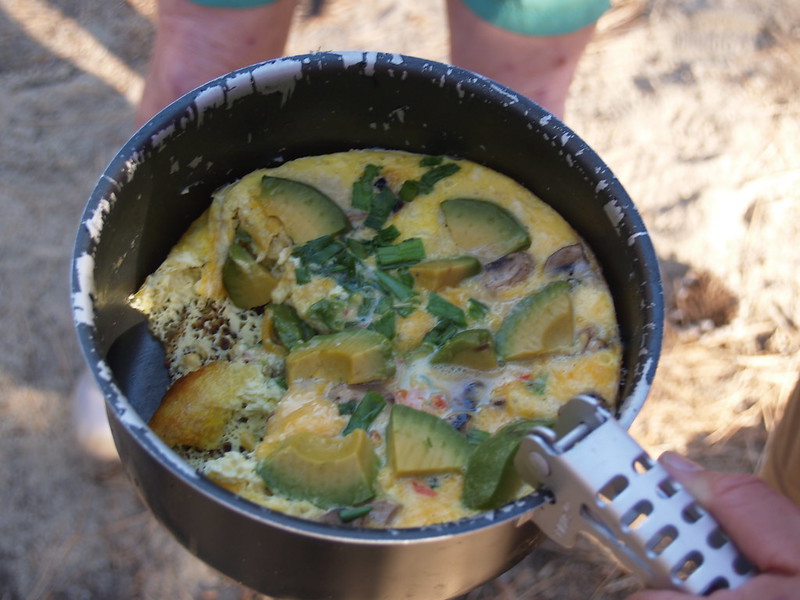 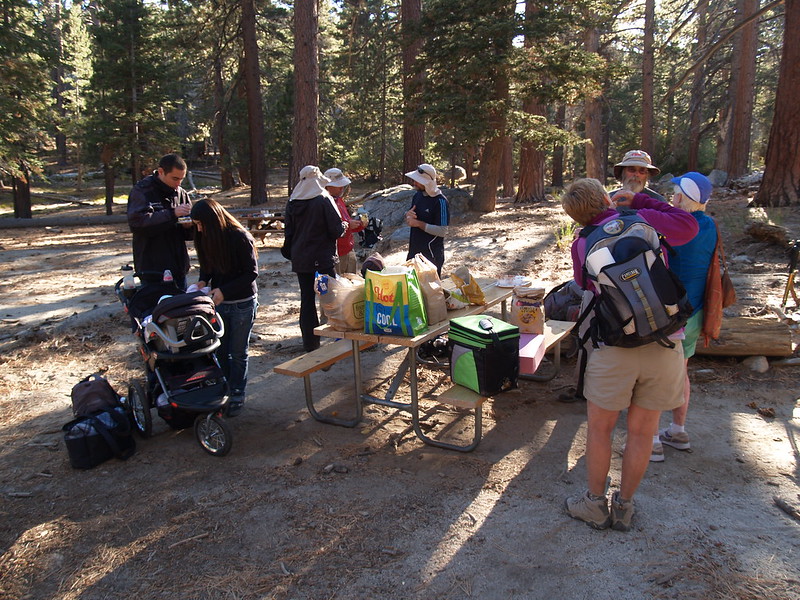 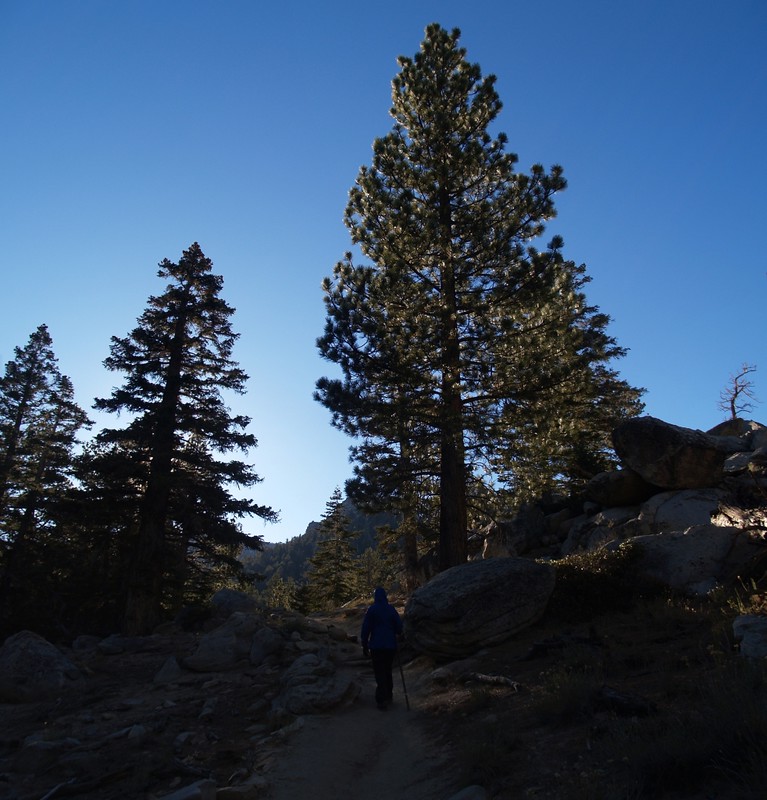 Hiking back to Tamarack Valley on the Round Valley Trail 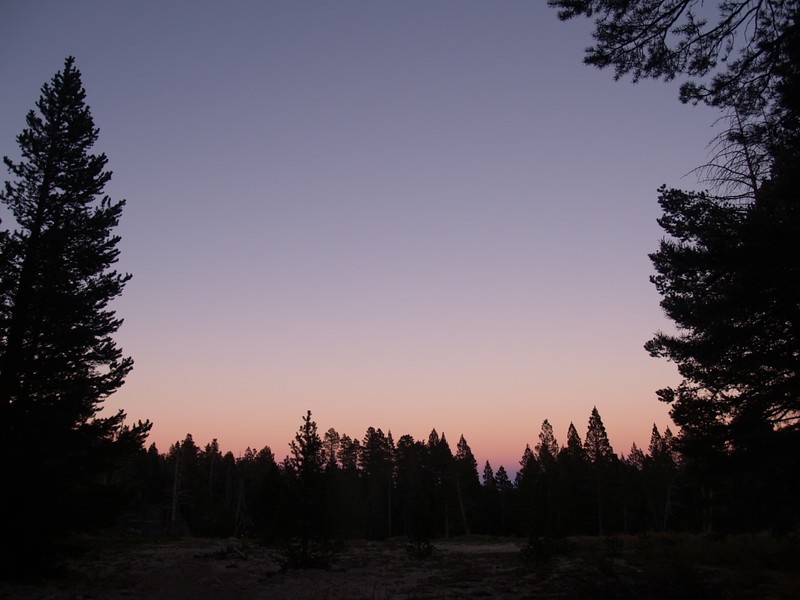 Sunset from Round Valley

It was a cold night and a long one. Vicki had caught some kind of evil runny nose and it came on with a vengeance that night. She barely slept at all. By morning, it was obvious from the mountain of used tissues that she wasn’t a happy camper. It was also obvious, just by looking at her, that she wasn’t going to be a big mountain climber that day. I asked if she wanted to abort the trip, and just head home. She agreed, but wasn’t really happy about it. 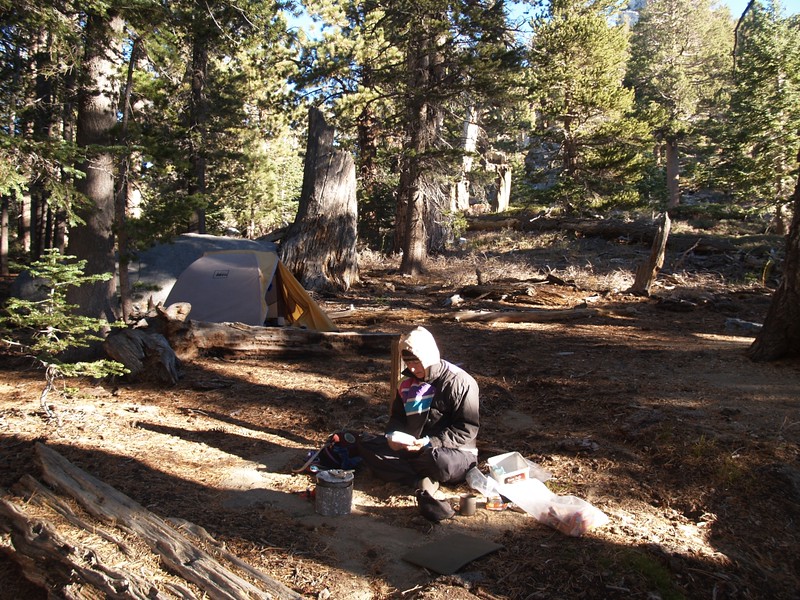 So, I thought of a smaller adventure that we might have on our way back to the tram, and she agreed. We ate some breakfast and took our time packing up. Then we hiked to Round Valley and stashed our packs behind a big tree. We found a trail that led up to the ridge where the Lotus Campsite was located. We remembered that this campsite had a nice view over the ridge to the south, and that we’d be able to see the closed area where the Mountain Fire had burned two months prior. So up we climbed. And, indeed, the fire had burned right to the edge of the campsite! We climbed out on the rocks and took lots of photos. It was sad to see the fire’s destruction, and yet we were cheered to discover that it hadn’t burned as badly as we’d feared. 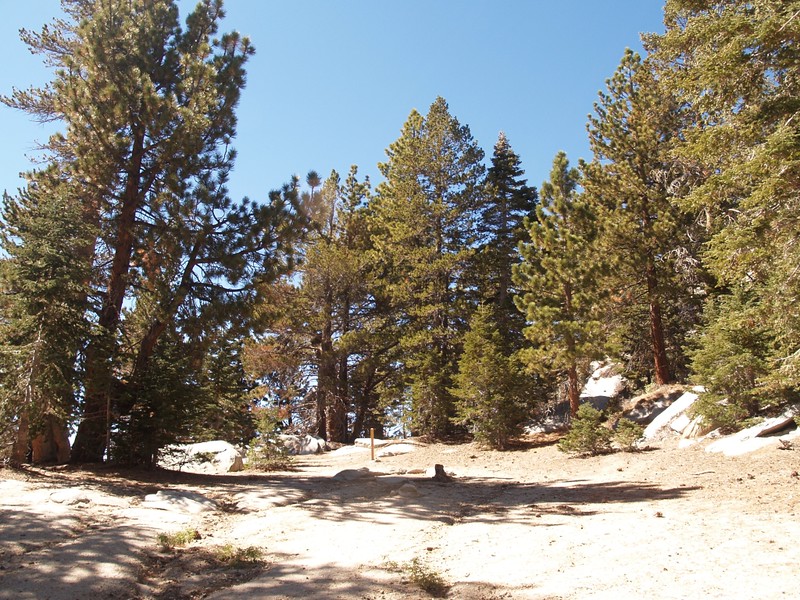 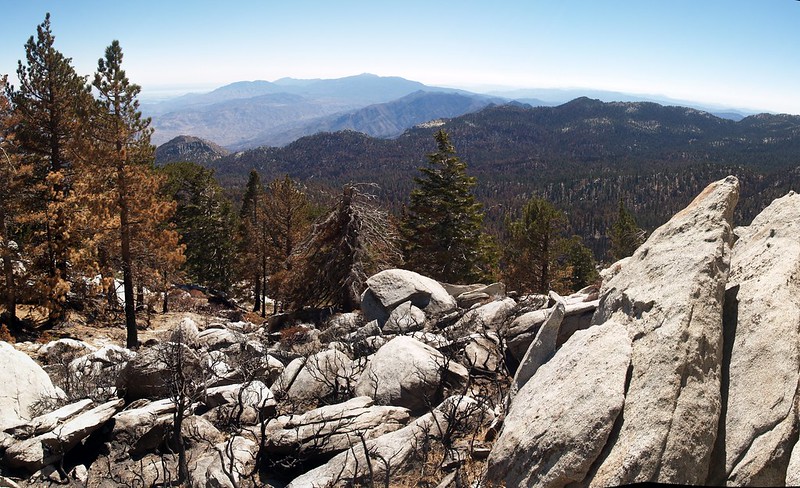 Looking south from the Lotus Campsite 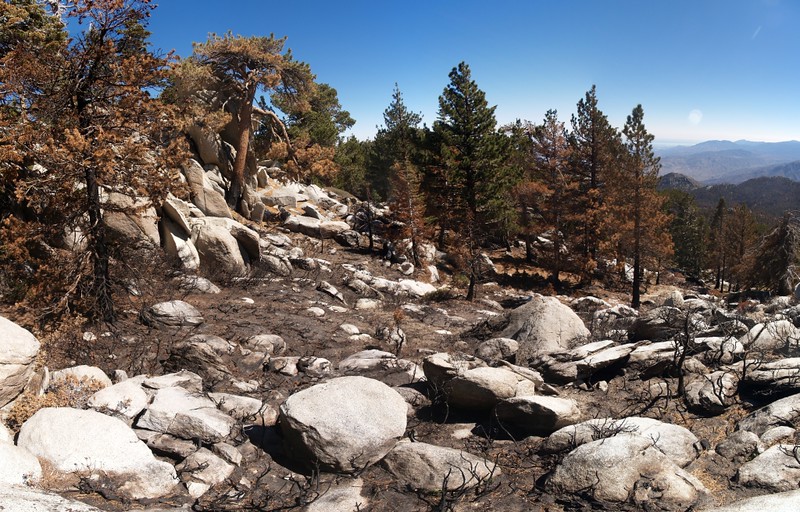 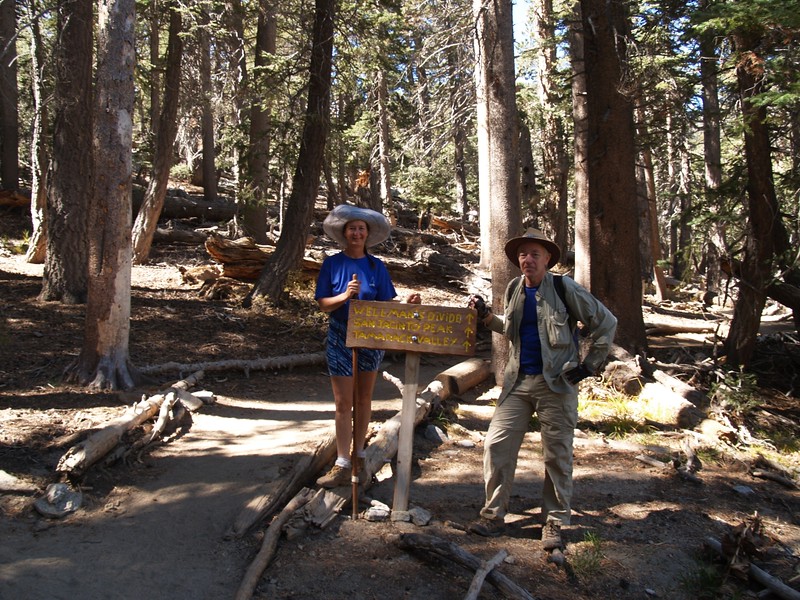 After that, the rest of the trip consisted of hiking back to the tram and descending to the car. We bought an ice cream sandwich at the tram station and drove on home. I turned on my computer and checked online: It looked as if it was going to snow up there in a few days time! This really HAD been our last trip of the 2013 hiking season. 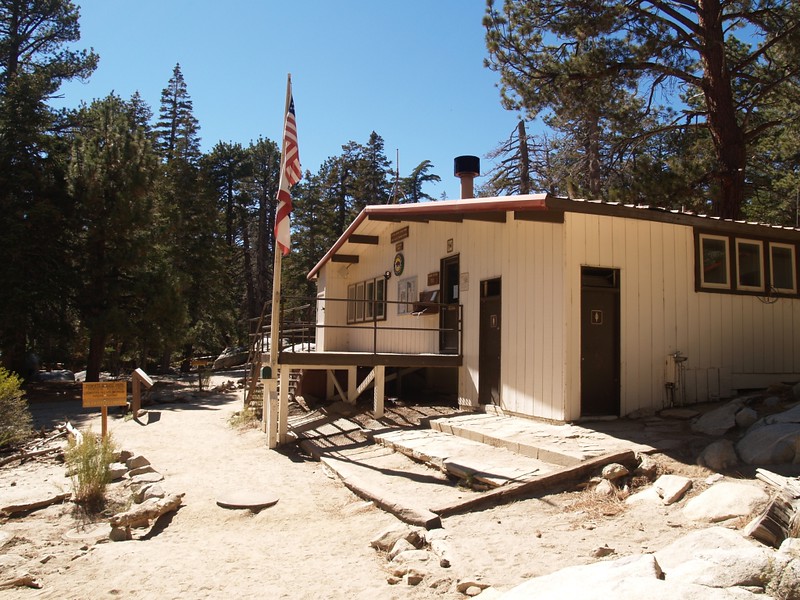 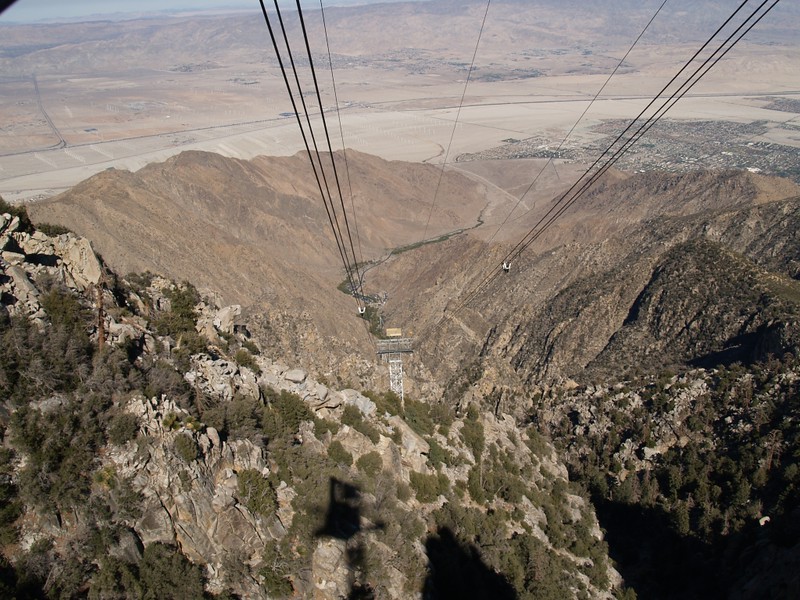 View downwire from the Palm Springs Tram as we head home 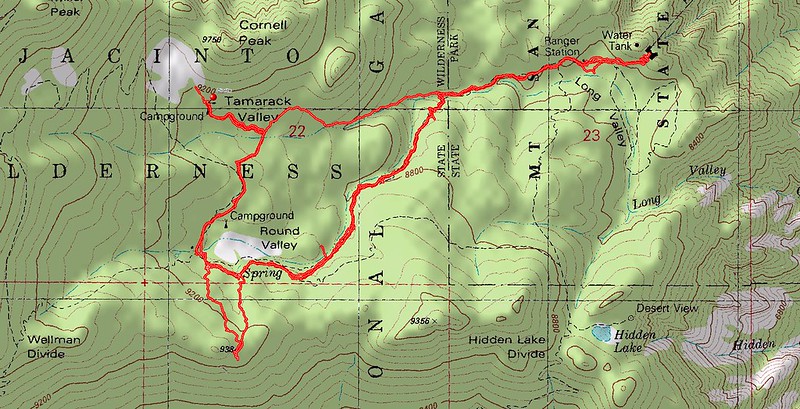 More photos on my Flick Page